Cristiano Ronaldo makes a historic return to Manchester United after leaving the club 12 years ago. He joined this club as a young kid from Sporting Lisbon in the year 2003.

He was a sense of pride for each and every Manchester United fan and they were left shattered when he announced his departure to Real Madrid. But the prodigal son finally returns home after an exciting last-minute bid by Manchester United challenging Manchester city’s initial bid for the player.

On his return to United Ronaldo said, “Manchester United is a club that has always had a special place in my heart, and I have been overwhelmed by all the messages I have received since the announcement on Friday. I cannot wait to play at Old Trafford in front of a full stadium and see all the fans again”.

The five-time Ballon d’Or winner moved to the Premier League club for the first time as an 18-year-old from Sporting CP in 2003 and won three Premier League titles and the Champions League before joining Real Madrid in 2009 for a then-world-record fee of £80 million.

At Madrid, Ronaldo won the Champions League on another four occasions as well as LaLiga twice before he made the switch to Italian giants Juve in 2018, where he won two Serie A titles in three seasons.

Sportzoclock - May 24, 2022
0
The Bundesliga champions stated, Bayern Munich captain Manuel Neuer has signed a one-year agreement extension which will allow him to be at the club until 2024. Neuer, 36, has... 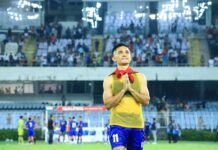 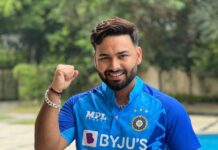 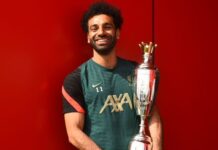