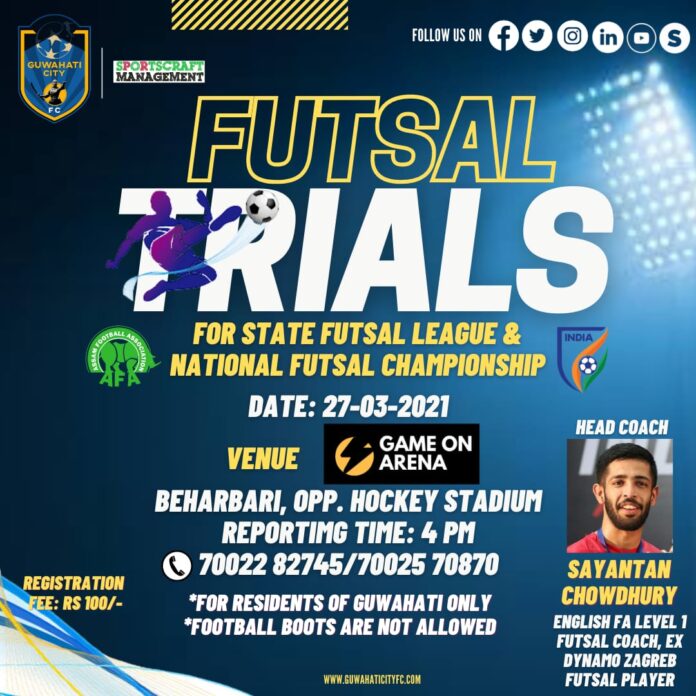 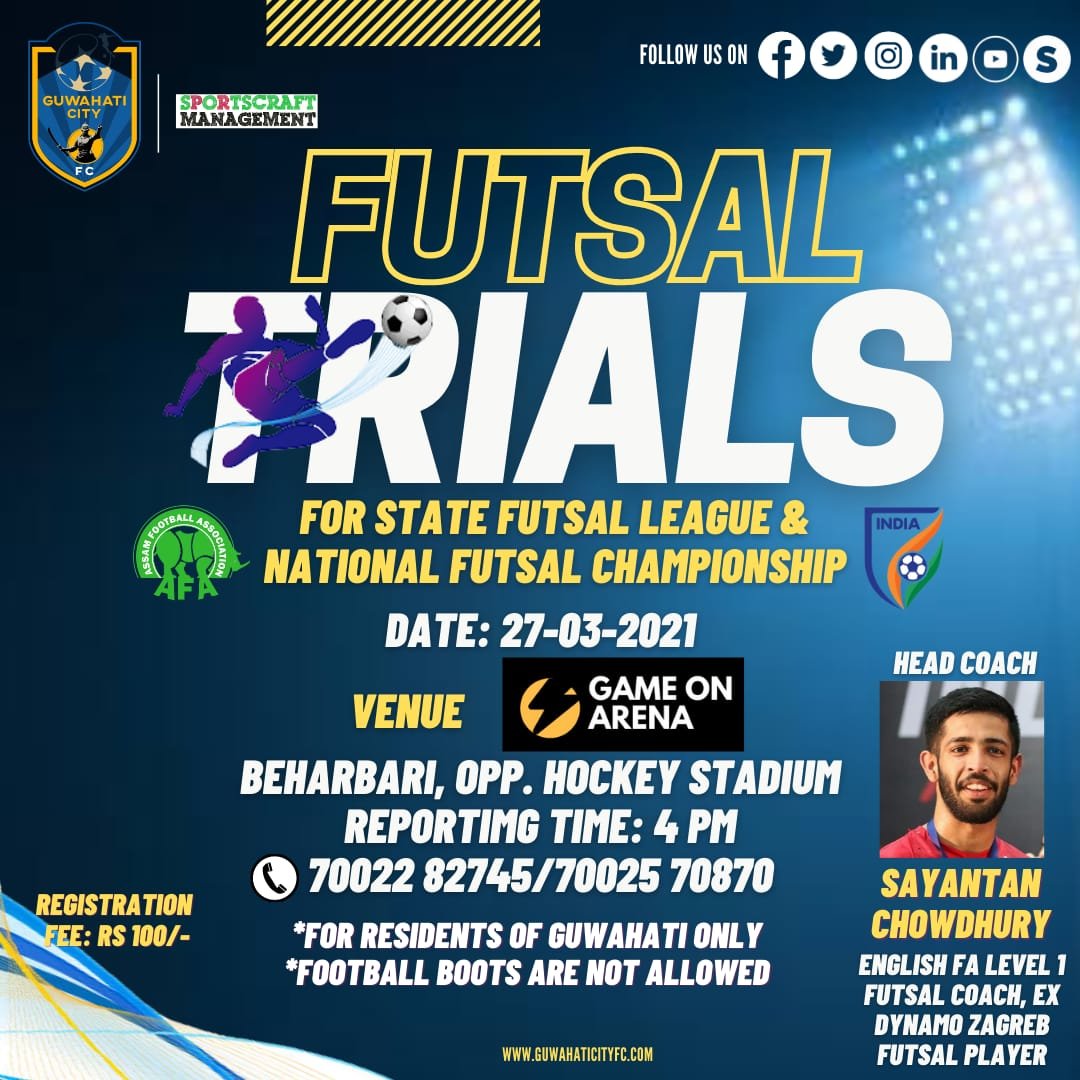 Guwahati, 23 March: Taking another step forward to fulfill the commitment of overall development of the game, Guwahati City FC (GCFC) is going to launch its Futsal team for the upcoming State Futsal League and National Futsal Championship to be organized by All India Football Federation.

English FA Level 1 Futsal Coach and former
Dynamo Zagreb (Croatia) and University of Nottingham Futsal player Mr Sayantan Chowdhury has been handed over the role of the Head Coach to lead GCFC Futsal team and program.

GCFC is organizing the first trials for the Futsal team on 27th March at the Game On Arena, Beharbari. All the interested players are requested to contact on 70022 82745/70025 70870 for details. Reporting Time for the trials is 4 PM which will be conducted by GCFC Youth Head Coach Bitupan Sonowal under floodlights and this trial is only for the residents of Guwahati. Players will be allowed only Turf/Futsal shoes and Football boots will not be allowed. 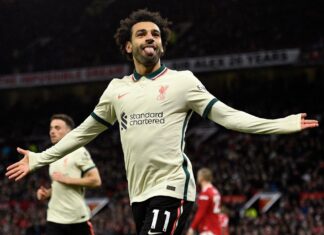 Sportzoclock - April 23, 2022
0
Mohamed Salah confesses he has not decided if he wants to continue at Liverpool beyond his current agreement as the Egypt star ignited fresh speculation about a possible...

Seventeen Match Of The Sixth Season Of The Super 4 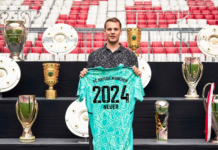 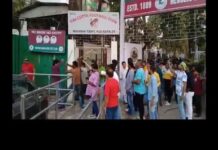 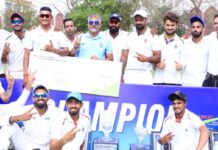