If you’re an Indian cricket fan, there is hardly any chance that the cricket coming your way in the next couple of months does not excite you. The excitement brewing is however for quite divergent reasons. On one hand, given the Indian Test team’s competitive nature, well-balanced composition, and recent away success, the odds of Virat Kohli’s team going shoulder to shoulder against England in England are pretty decent. On the other hand, India’s tour of Sri Lanka is a threshold moment for Indian cricket, as for the first time ever a so-called ‘second string’ team will be featuring in an international bilateral series. This speaks volumes about the depth of bench strength in men’s cricket in our land.

One of the most intriguing things about this forthcoming series is that how enjoyably thought-provoking it is for the fans to preempt the team combinations and playing XI of this new-look Indian side. Here’s our prediction/preference:

The most straightforward pick. He, along with his few experienced secretaries, has been entrusted with the task of guiding and getting the best out of the boys-in-blue in the foreign lands of Sri Lanka.

On a personal level, despite his gallant performances against England in the ODIs and being the highest run-getter (380) in the cut-short IPL season, he still would have a point to prove as the 35-year-old did fall off the pecking order in the home T20Is versus England.

After having an appalling time Down Under, Shaw’s career turned in a concerning direction. However, he did not choose to wallow in his bad form. The Mumbaikar made a thundering comeback, knocking on the selectors’ door even harder, and eventually getting a well-warranted call-up. He smashed a record-breaking 827 runs in the Vijay Hazare Trophy and 308 runs in the truncated IPL.

His cordial chemistry with his fellow Delhi Capitals opener might be another reason for him getting a nod above other openers like Devdutt Padikkal and Ruturaj Gaikwad.

When he finally made his debut for the national side against England in the recent home T20Is, he looked eager, like a man on a mission, and, more importantly, he was not fazed by the occasion – he looked ready.

Mind you, he has scored over 10000 runs across all formats in domestic cricket and has been no less than a revelation in the last four IPL seasons, scoring a whopping 1589 runs, for a supremely successful Mumbai Indians side. He merits this spot, and how this series transpires might also have a big say in him making the squad for the upcoming WT20.

How has he still not featured for The Blues in ODIs might be a mystery to many, but surely now the time has come for him to grace the international stage with his elegance.

Competing with Ishan Kishan for the wicket-keeping position, the probability of him edging the race is high. Time and again, in the IPL and at the domestic level, he has shown how eloquently destructive he can be with the bat. This season, by embracing captaincy and responsibility, he proved that he is not just a flashy batter but can be a mature, dependable player, and that might be one of the reasons why he starts in the playing XI.

Although in the seven T20Is that he has played, he failed to impress, but in his defense, that sample size is too small to form conclusions. This series presents an opportunity to kickstart his international career.

Renowned for two famous tons – the 114* in 2009 for KKR, which made him the first Indian to reach the three-figure mark in IPL and the 104* against the Aussies in Australia which enabled India to chase down a mammoth target of 330 – the 31-year-old has been a bulwark in domestic cricket.

Pandey, who got his maiden international cap way back in 2015, has been a cog of the Indian camp for a considerable period of time, even though he has only featured in 26 ODIs and 39 T20Is. Along with a few others, his experience might come in handy for this impelling but raw Indian side.

Like Dhawan, he is another certainty in the playing XI. After having a horrid time with his back injury, Pandya’s bowling contributions to the team were compromised. As a result, he had to mold his game as a batter, and how well he did that to justify his place in the batting unit, proving his worth against both the Aussies away and the English at home!

This series might also tell us what we can expect from Hardik Pandya the pacer in the near future. After all, genuine fast-bowling all-rounders are a rarity and their presence can do wonders to the balance of a team. India would like to have him at 100% for the WT20 in October.

In the recent ODIs against England, Pandya demonstrated that how, as a batter, he can be vital in the lower middle order. Spin-friendly conditions in Sri Lanka would also be a boost for him, because consistency and speed variation are his forte as a spinner, but for extracting turn, he largely depends on the playing surface.

Given their fitness, the Pandya brothers, who excel in all three departments of the game, will be the pivot around which the configuration of this team would revolve.

For many, this would come across as the most unorthodox pick here, and they would not be wrong in thinking so. In terms of spin-bowling ability, he surely comes below the likes of Rahul Chahar, Yuzvendra Chahal, and Varun Chakravarthy, but his inclusion in the team (if it truly does happen) would be purely tactical and circumstantial. In the spinning conditions of Sri Lanka, he, being the only off-spinner available to the Men-in-Blue, can be quite effective against the left-handed batters. Moreover, he can be that holistic player who adds variety to the lineup and improves the team depth in all three departments.

For Rajasthan Royals in the IPL, Bellary Tuskers in the KPL, and Karnataka at the domestic level, the most expensive uncapped player in the history of IPL has validated that he can bowl in and out of the powerplay and can certainly smack a mean hit lower down the order.

The second-most experienced player in the team and the right hand of captain Dhawan, Bhuvneshkar Kumar is one of the most skilled and artistic fast-bowler that India has produced in contemporary times.

While injuries have hampered his career, whenever he plays, his significance is perceptible. After suffering another injury setback in IPL 2020, Kumar made a stylish comeback in the limited-overs home series against England. Although IPL might not have gone as planned for him, he would be expected to bring back his A-game and lead the bowling unit on this tour.

If Team India opts to play three spinners instead of three pacers because of sub-continental conditions, then this super-quick bowler from Karnal (but plays for Delhi) will be contending with the swing specialist Deepak Chahar and the new-kid-on-the-block Chetan Sakariya for a place in the starting XI.

His ability to bowl rapidly, including shooting toe-wrenching yorkers at the death, would compliment Bhuvneshvar Kumar’s skillset, and the fact that he has already been acclimated to international cricket – Saini has featured in 2 Tests, 7 ODIs, and 10 T20Is – might mean that he gets an opportunity before his colleagues, at least initially.

Rahul Chahar, for some time, has been asking some serious questions from the selectors, and when the Indian team has to decide who will their primary spinner be, they will have to deal with a hefty dilemma – Chahal or Chahar?

Sooner or later, Chahar’s time is going to come. It is inevitable because such is his talent and ability. However, at this moment, given how devoid the starting XI will be of experience, and having international cricket is worth its weight in gold, Chahal would probably get ahead of Chahar, especially since it is one-day cricket that we are talking about, not T20Is. 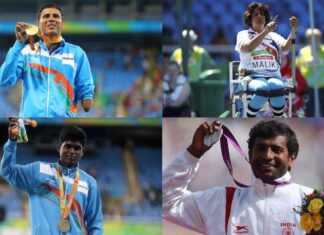 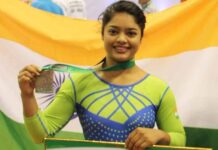 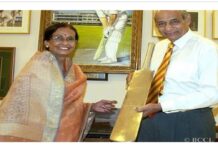 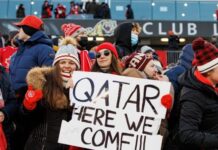