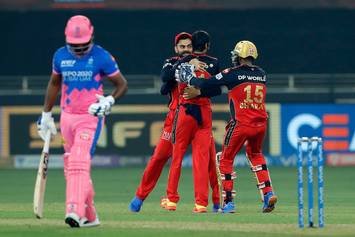 Royal Challengers Bangalore ease past Rajasthan Royals as they defeated them by 7 wickets. This was RCB’s second win on the trot as they almost cement their place in the top 4. Earlier Virat won the toss and elected to field first.

The Rajasthan openers Jaiswal and Evin Lewis started off really well as they scored 56 runs in the powerplay. Evin Lewis played a blinder of a knock as he smashed the bowlers and scored 58 runs off 37 balls. The Bangalore bowlers brought the Rajasthan juggernaut to a halt as they came back into the game at the right time. The spin duo of Chahal and Shahbaz Ahmed bowled beautifully as they claimed 4 wickets among them. Harshal Patel then came at the death and picked up 3 wickets to continue his wonderful form in this season. Rajasthan managed to get only 149 runs in their 20 overs.

In the second innings, RCB started off well with the openers Kohli and Padikkal 54 runs in the powerplay. Riyan Parag’s magnificent effort in the field got Kohli run out but that made little to no effect as S Bharat and Glenn Maxwell took RCB home. Bharat scored 44 runs off 35 balls and Maxwell remained not out at 50 runs off 30 balls. They gave no chances to the RR bowlers and easily chased down the total.

Yuzvendra Chahal received the man of the match award for his wonderful spell of 2 wickets while conceding only 18 runs in his 4 overs.

Sportzoclock - April 8, 2022
0
Diego Maradona's eldest daughter asserts that the Argentina shirt anticipated to sell for several million dollars when it is sold at auction this month... 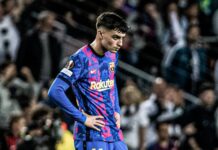 Barcelona’s Pedri out of action with thigh injury 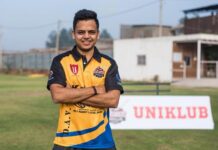 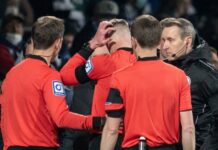 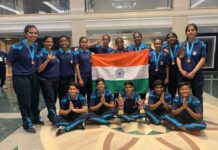