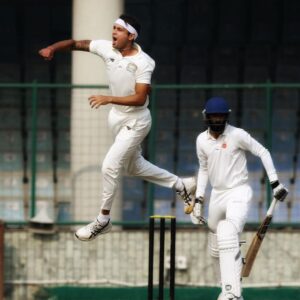 A gritty fast-bowler from Pathankot, Punjab, who relishes bowling yorkers and bouncers, does not back away from a challenge, likes to be in the face of the batter, and “knows when is the right time to take out aggression on the field”, naturally Siddarth Kaul’s on-field display created a certain image of him in my mind which was altered once my phone interview with him ended. The sense of gratitude in his answers and his polite, humble manner of responding to my questions impressed me and described him.

“First of all, I’d like to say that it’s a really great thing to be playing for the Punjab Ranji Trophy team,” is how he began. There is no speck of a doubt that the Punjab team reciprocates this feeling of gratefulness, such has been Kaul’s service to the state team over the decade. He is the third-most successful bowler for Punjab in Ranji Trophy — with 207 wickets in 53 matches.

Overall, in all three formats, Kaul boasts of an impressive turnover. In 63 first-class games, he has grabbed 232 wickets at a notable average of 25.64. In white-ball cricket, he has 169 dismissals from 95 matches, averaging 24.09 per wicket, while in 114 T20s, the 31-year-old has nabbed 133 wickets, 54 of them taken in the IPL from 49 appearances for Sunrisers Hyderabad (SRH) and Delhi Daredevils combined. 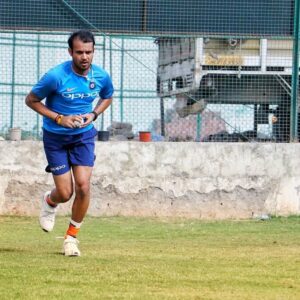 The ability to remain fit and available, and on top of that, demonstrate consistency and reliability season after season, in what has already been a lengthy career, has made him the spearhead of the Punjab bowling department today. These attributes also speak of his commitment and discipline as a professional player.

“You can’t guarantee your performance, but you can guarantee your hard work and preparation. Results will come automatically, based on how honest you were while training and practicing. That makes you more consistent,” expresses Kaul.

“My strength is my ability to bowl as long as possible for my team, and my outswinger is one of my greatest weapons. The many variations that I’ve acquired also help me a lot. More than that, what I think stands out for me is that I don’t let my intensity drop, I start and finish at the same speed and with the same level of enthusiasm and energy. I don’t cut down on my power,” he continues. 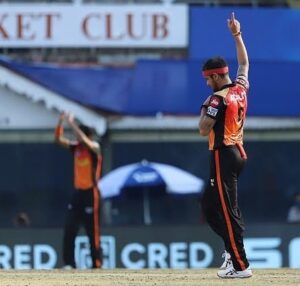 The pinnacle of Kaul’s career thus far has been his performances for SRH in two consecutive IPL seasons. In the 2017 edition, he was the franchise’s third-highest wicket-taker, clinching 16 wickets in 10 appearances, and in the 2018 campaign, he was the joint second-highest wicket-taker of the tournament, with 21 scalps. These achievements opened the gates of the national team for the right-arm pacer. He made his ODI and T20 debut on the UK tour in 2018, playing three ODIs and T20Is each, bagging four international wickets in the latter.

“My ambition and plan are only just to play for my country as much as possible. Keep on performing wherever I get a chance, at any level,” asserts Kaul, who is hoping for a call-up in the upcoming Sri Lanka tour, where a second-string, white-ball specialist Indian team would go since many, if not most, of the first-teamers would be occupied elsewhere, in England. “I think I have a chance to get in the team for whatever cricket is forthcoming, because when I play domestic cricket, I am one of the top performers, whichever format that may be – ODI, T20, or Test,” pronounces the 31-year-old.

Kaul, who has been absent from the Indian team since 2019, is quite clear in his manner of thinking. On being asked if he regrets something about his stint in international cricket or would want to tweak parts of his game if he gets another chance, he confidently states, “I don’t think or regret that I didn’t do this or that when I last played for India. My aim always is to give 110%.

“My thinking always remains that I have to give my best and I can only do that if I follow my basics…the things that I’ve been doing throughout my career, in domestic cricket, and the IPL. If I try to do something altogether different, then I’ll even lose the capability that I possess,” continues he. 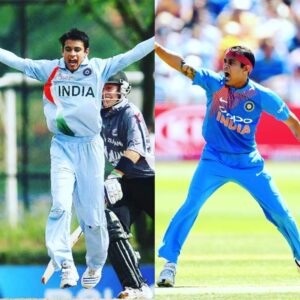 While giving your 100% has, for ages, been a common cliche, but one does not often get to hear about giving your 110%. Kaul remarks that he picked up this saying from Harbhajan Singh, and it carries a lot of weight in his career and life. “When Bhajji Pa (Harbhajan Singh) returned to the Punjab team, he was trying to make a comeback in the Indian team, and I was young, about 23-24, and wanted to represent the country too. So when a legendary player like him, who has experienced the ups and downs of the highest level, guides you like a big brother, then you listen. He said to me that when you’re entirely focused and give your 110% to the game, then your bowling goes up a notch. His advice was like a blessing for me. After that, my career shot up. Subsequently, in the 2013-14 season, I was the second-highest wicket-taker in India with 44 Ranji Trophy wickets, and that was also my comeback season. From there, I also got in the India A team, got picked again in the IPL… Bhajji Pa has played a vital role in my life,” further explains the pacer from Punjab. 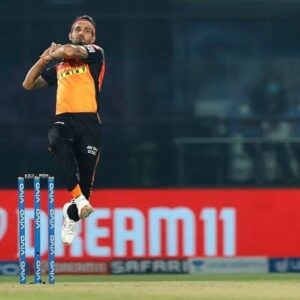 The quality of fast-bowling in India has propelled exponentially in the last decade and as a consequence, so has the competition in that department. This can be an unnerving thing for a pacer wanting to break in the team, but Kaul, who says, “by getting a plate of ‘laddoo’ for free every day, it loses its worth,” takes motivation from the rising level of competition. This shows in his recent performances too, as in the last two editions of the Vijay Hazare Trophy, he has bagged 30 wickets, and during the same period, in the Syed Mushtaq Ali Trophy, he has taken 27 wickets.

Such exhibits are the reason that he dares to dream about a return to international cricket. “I have this hunger inside me to perform for my team. I always put the team’s perspective ahead of mine. And this is why I remain hopeful. Whenever the Indian team gets selected, I think that I have a chance of making the cut… This is still my first innings, the second innings will be when I leave cricket.” 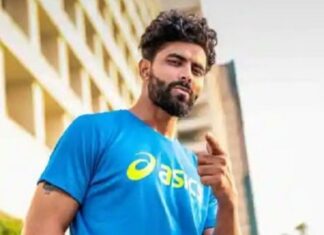 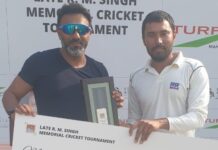 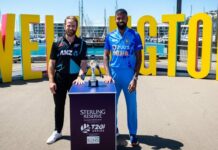